A Love So True

Like most children, my brothers and I always wanted a pet dog. Like most parents, our parents refused and bought us a couple of gold fish instead. (My brothers did such a great job of looking after the fish. They spent a lot of effort taking care of them and also bought new ones over time. And boy, what a beauty our aquarium was and still is)

By the time we convinced our parents to get us a pet dog, we were already past our childhood days and maturing into young adults.

After a little research, we decided on buying a cocker spaniel and found a dog breeder named Colonel Sannan who had cocker spaniel puppies for sale. The day my brothers and I went to select our puppy is clearly etched into my memory.

We were so excited. As soon as the Colonel opened the door of the room where the puppies were kept, around 10 cute little balls of fur came running. I stood still, savouring the moment. Out of them, one of the puppies came running directly towards me - a gorgeous white pup with a few black spots here and there, her long ears flapping in the wind, her tongue hanging out of her mouth and her little tail wagging. When she reached me, she looked at me for a minute, smelt my scent and then started jumping up at me trying to bite the edge of my kameez which was swaying the breeze.

I fell in love with that pup immediately. And so did my brothers. A couple of days after that, my brothers brought her home. This was probably the most stressful day in the little pup's life. As we placed her in the living room, she shivered with fear and very slowly walked across to each one of us and smelt us and the new surroundings. We fed the pup some milk and bread. This was followed by a lot of peeing and pooping all over our house.

Within a couple of days, the pup was comfortable with us. She even managed to win over my mother's heart who was actually terrified of dogs before. The pup had tiny black spots around her nose as though someone had sprinkled pepper around it. So we named her Pepper.

Potty training took yet another month or so. Till then someone had to keep following her trail of pee and poop all over the house and clean after her. 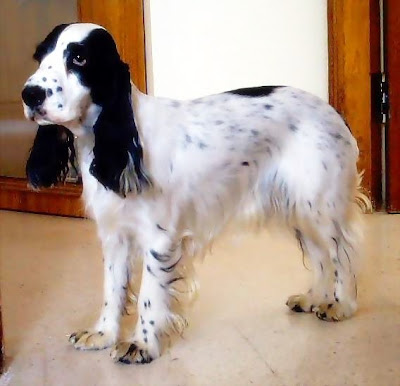 All of us lavished attention on her, played with her, took her for long walks and runs. Each moment spent with her was like a return back to childhood. She loved jumping around and all over my brothers as much as she loved sitting on my lap or being pampered by my parents.

She was very playful. Some nights, when we used to wake up in between, we would find her playing with her toys in the dark :) She always enjoyed running around in the terrace and jumping over the pipes there as much as she enjoyed running at full speed in our farm.

She became the youngest member of the family and the most loved one. She considered us as her pack and loved us back equally, if not more. What was amazing was that she could sense when we were sad or unwell and would come and sit beside us. As though telling us that we are not alone in our sorrow!

She loved to be petted first thing in the morning and insisted on being the first one to be greeted whenever any of us entered the house. She would also know as soon as our car drove into our car park and would be waiting expectantly for us at the door.

Slowly life changed for each of us. We got married, had kids of our own, had to move out of our parent's place. Pepper welcomed all of our spouses with much love and excitement and won a special place in their hearts as well. Even though we were bogged down with responsibilities and had lesser time for her, her love for us never reduced.

In the last couple of years, she started having small tumours on her body. Though we got them operated and removed, more of them kept appearing. We spent days and nights grieving over the inevitable. Yes, the terrible disease had gotten hold of her little body. The deterioration of her health was hard to watch. It was a losing battle.

The dreaded day arrived today. Even though the silence of death had cast its gloom over her, she still looked so beautiful. We laid her to rest in one of her favourite places - in our farm.

It seems like we have lost a part of us. Pepper will be deeply missed. We were blessed with the gift of loving her and being loved by her for 10 glorious years. 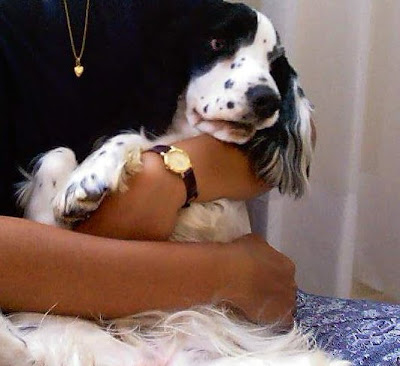 Labels: Love Other than Food