A Toast to Amul's Kurien

Of all the stories my father has told me, one of the most interesting one is about a man who got a job he wasn't very keen on at first, in a small town called Anand in the state of Gujarat. But he still gave it his best and he became the Father of the White Revolution in India.

There is always an unmistakable look of joy in my dad's eyes whenever he speaks about Dr Verghese Kurien. 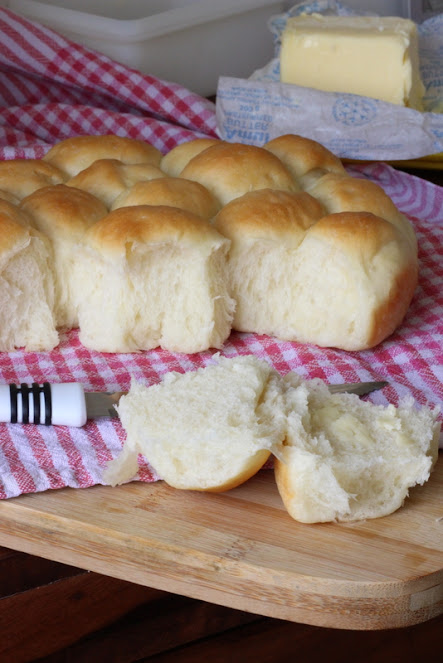 Dr Kurien helped convert India from a milk deficient country to one of milk sufficiency and surplus. Thanks to his vision and hard work, the lives of many poor farmers were made better. Thanks to the cooperative movement he started in a small insignificant village called Anand in Gujarat that a white revolution began in India. It is wonderful that Dr Kurien's birthday, 26 November, is being remembered as the "National Milk Day".

The cooperative dairy was named as Amul which stands for Anand Milk Union Limited.

My favourite amongst the various products of Amul dairy is their salted butter. Amul butter has the ability to transform boring slices of bread into delicious, enticing morsels.
When I read the recipe for these buns, I knew I had to try this with Amul butter. These dinner rolls from Cleobuttera are a celebration of butter.

They are soft, buttery, melt-in-your-mouth bites of heaven. And the butter is the best part. So do make it Amul or the whatever is the best butter you can get your hands on. 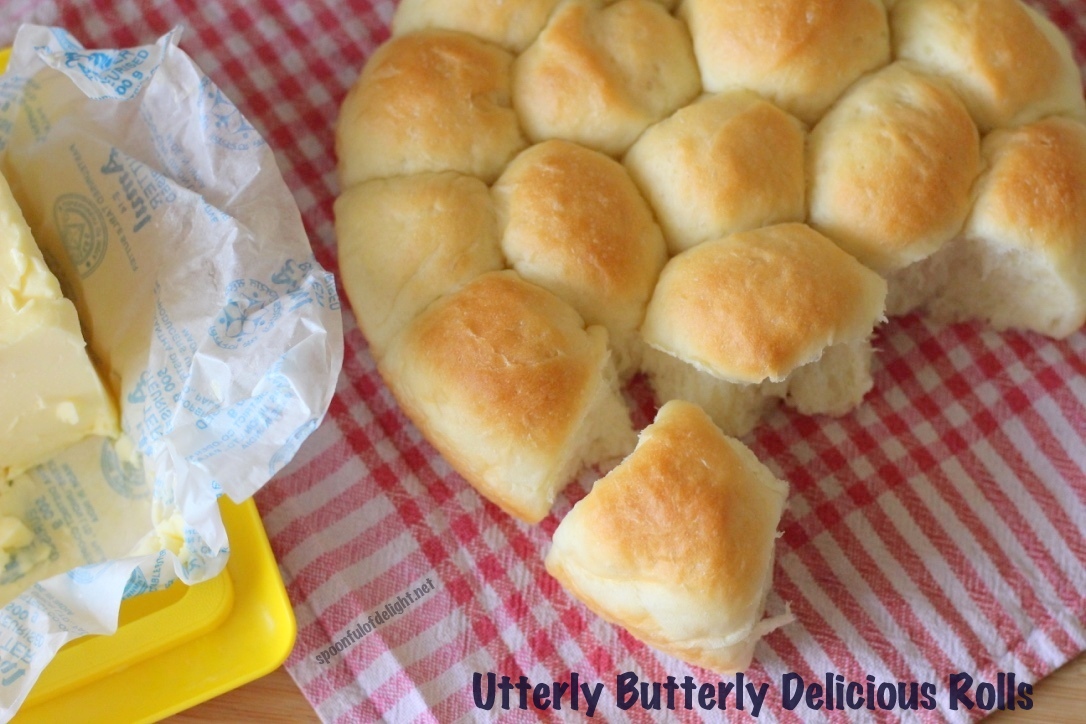 Method:
1) Warm the milk to lukewarm temperature and pout it into a large mixing bowl. Add the sugar to it and mix well.
2) Add the active dried yeast and keep it aside for 10 minutes till it bubbles up.
3) In the mean time, sift the flour and mix it evenly with salt.
4) Beat the eggs and add it to the milk-sugar-yeast mixture.
5) Slowly add the flour to the milk-sugar-yeast-eggs mixture while mixing continuously with a wooden spoon or mixer. (Since I don't have a stand mixer, I used a wooden spoon). Till about 3 cups of flour are added.
6) Then begin adding the butter cubes one by one while kneading continously.
7) Add in the rest of the flour. The dough will be very sticky.
8) Take the dough out of the bowl and knead it on a floured surface and form a ball.
9) Place the dough into a well oiled bowl and rub a little bit of oil on the dough.
10) Cover the bowl with a dish cloth and leave it to rise for about 2 hours.
11) Butter a baking tray and line with aluminium foil.
12) Make small balls of about 2 inch diameter and place it in the baking tray with at least 2cms of gap between the balls.
13) Let the balls rise for another 30 minutes covered.
14) Preheat the oven to 190 degrees Centigrade.
15) When the rolls have started to touch each other, remove the cover and bake it around 20 minutes or until golden brown.
16) Once the buns are out of the oven, brush it with a little more butter.

It tastes incredible when its warm and totally worth all the mixing, proofing, kneading, rising, baking :) . If you want to store it for later, let it cool uncovered and then place in covered containers. It tastes just as good, the next couple of days too.