There are some things that you will never outgrow - the excitement of going to the theatre to watch a good movie, the thrill of going shopping with close friends, the wonder and amazement in seeing a new-born baby,  the enjoyment in indulging in rich, creamy, dark chocolate, the joy of biting into soft, spongy marshmallows... 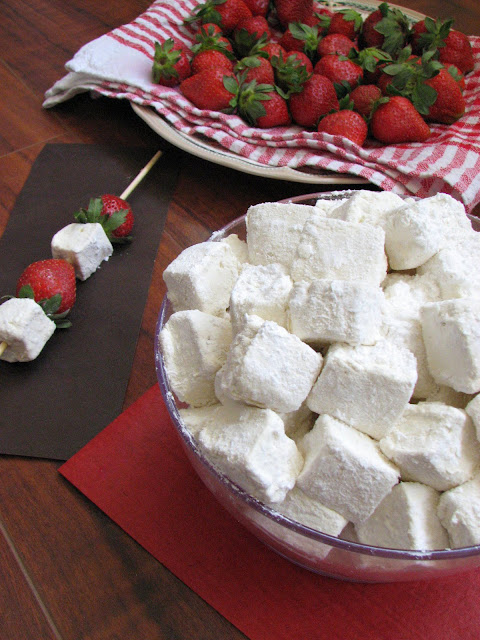 Yes, marshmallows have always been one of my favourite things! 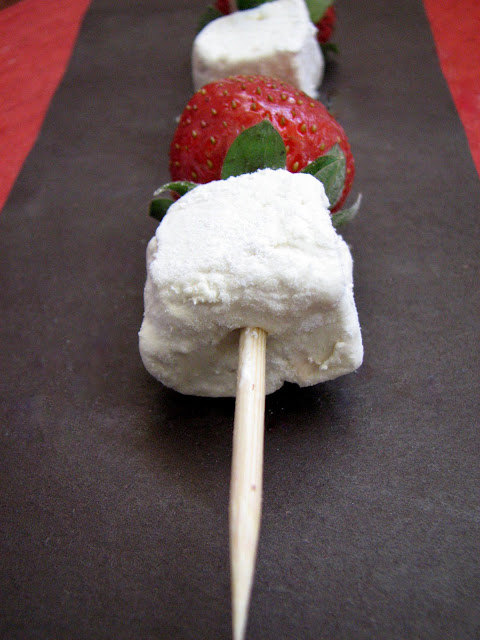 I have been ogling at Stephanie Jaworski's homemade marshmallow recipe since a couple of months. I've even watched the video many, many times. The ingredients are the usual things at home and nothing fancy was required. But even then I never got around to trying it... 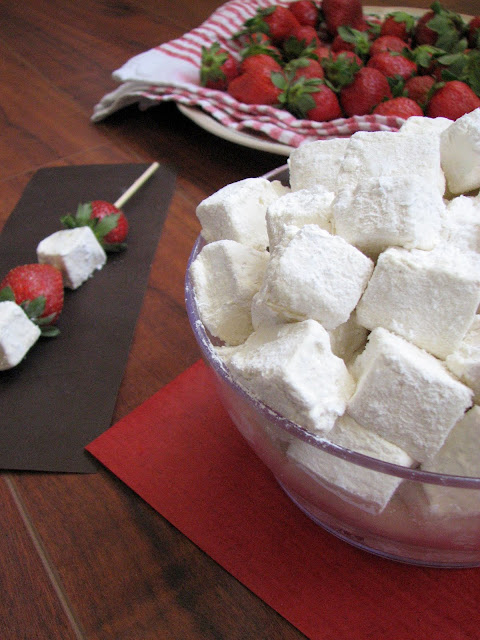 A few days back, I was thrilled to see that a fellow blogger, Mallika, had tried to make marshmallows and posted the recipe on her blog. That made me want to try it all the more.

I finally got around to it last weekend.

Making marshmallows is a sticky affair. But not as difficult as I had initially imagined. I would greatly recommend a stand-mixer with whisk attachment for this recipe. It makes things a lot easier especially since you will be having to pour hot sugar syrup in a thin stream while whisking at the same time. Using a hand-held mixer in one hand and pouring the piping hot syrup with the other was definitely a balancing act and I wouldn't recommend doing it that way. I should have gotten someone to help me. But then no one was awake in my house since it was already midnight by the time I started whipping! (oh well... I started making it only at 11:30pm) 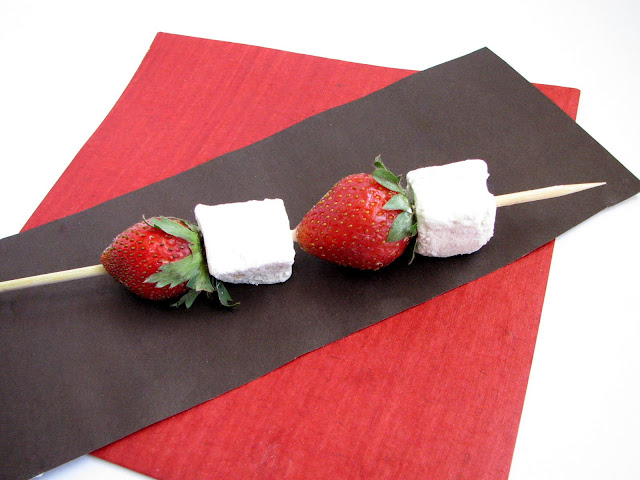 Stephanie's recipe had called for corn syrup and since its impossible to get corn syrup here, I used my usual corn-syrup substitute - honey :) Yes, for all recipes that have corn syrup I have always been successful in using honey instead. And the wonderful hint of the honey flavour in the end-product is a superb bonus.

It was all good but then on that day, I had a couple of problem. I had to change the mixing bowl while adding the sugar syrup because the first one had a round base and would wobble everytime I poured in some hot sugar syrup and then the other problem was that my hand blender gave up on me after 9 minutes of whipping. My trusty Braun hand-held mixer got over-heated just stopped working.... (from trusty to rusty?)

The quantity was a little too much for my little mixer to deal with. Though it did get revived after it cooled down. Next time around I will halve the recipe in order to avoid ruining my favourite kitchen gadget. The recipe said that the marshmallow mix had to be whipped for 10 minutes at least. Even though the marshmallow mix had been whipped for a minute less, it still seemed fine - it was fluffy and tripled in size. But only later did I realise that the 1 minute lack of whipping made the marshmallows a tad too sweet.

But guess what! After a couple of days the sweetness reduced on its own after it dried out a little. So the solution to marshmallows that are a little too sweet is to allow them to sit for sometime. I wonder if keeping them under a fan might speed up the process to a few hours. 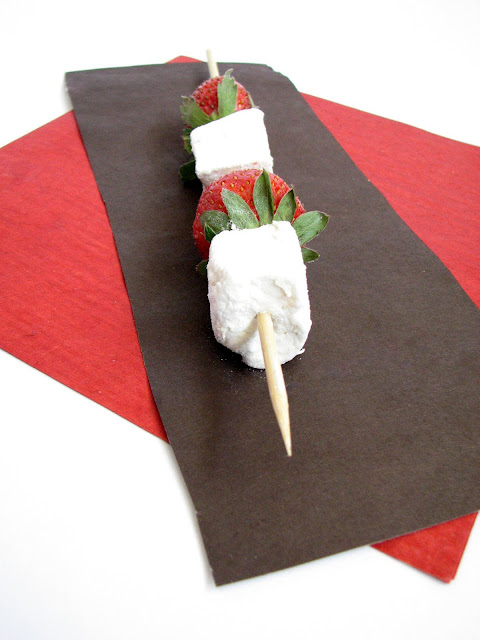 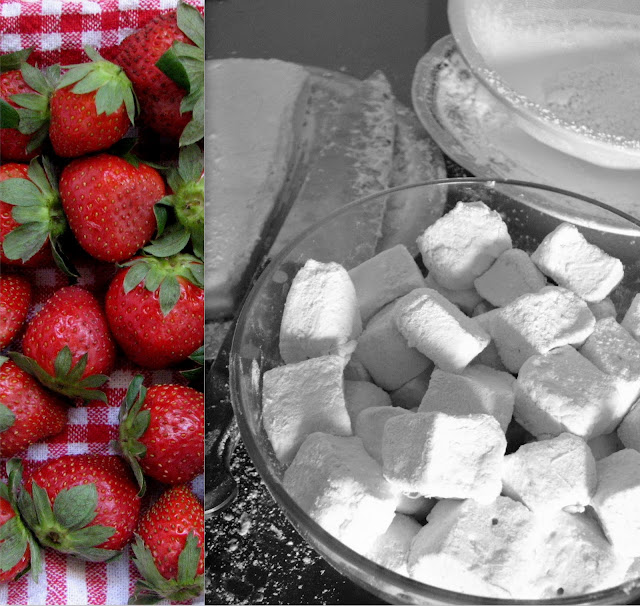 I highly recommend halving the recipe if you are using a hand-held mixer to whip up the marshmallow mix.
For all the cup measurements, I used a 240ml cup


Sift together icing sugar and Corn flour and keep aside.

Pour half the water into a deep mixing bowl and then keep aside for 15 minutes. (Take a big enough bowl because the entire marshmallow mix will be whipped in this bowl and it will triple in volume. If you are using a stand mixer, then this should be done in the mixing bowl of the stand mixer)

Put sugar, salt, honey and remaining cold water in a sauce-pan and bring to the boil. cover the sauce-pan for a couple of minutes till all the sugar melts.

Then increase the flame to high, open the sauce-pan and boil without stirring. The sugar needs to be cooked till soft-ball stage. In order to test the soft-ball stage, keep a bowl of cold water nearby. Pour just a drop of the hot sugar syrup into the bowl of cold water. In the soft ball stage, the sugar syrup will fall as a single drop into the water and not dissolve. It would retain its shape. When the ball of sugar in the cold water is pressed with fingers, it will be soft and pliable. Switch off flame at this stage

Start beating the water + gelatin mixture on a low speed. Gently pour in the hot syrup in a thin stream along the side of the mixing bowl.

After pouring in the sugar syrup completely, whip the mixture on high for 10 minutes till the mixture is soft and fluffy and tripled in volume. Add vanilla and whip for another minute or so.

Pour this whipped mixture into the lined + greased + dusted pan to about an inch thickness and smooth out the top with a wet spatula or the side of butter knife dipped in water. The mixture will be very, very sticky.

Let it set uncovered for 12 hours.

Then cut into squares and roll in the icing-sugar + cornflour mixture to get rid of the stickiness.

Whether it be as it is, grilled, with some fruits or with a cup of hot chocolate, these fluffy treats will bring out the child in you.