The Price of Spice

There was a time long ago, when spices were more expensive than gold and India abounded in them. Of them, pepper was highly prized and often black pepper was referred to as "black gold". This brought many traders and explorers to the coasts of India in search of fortunes. 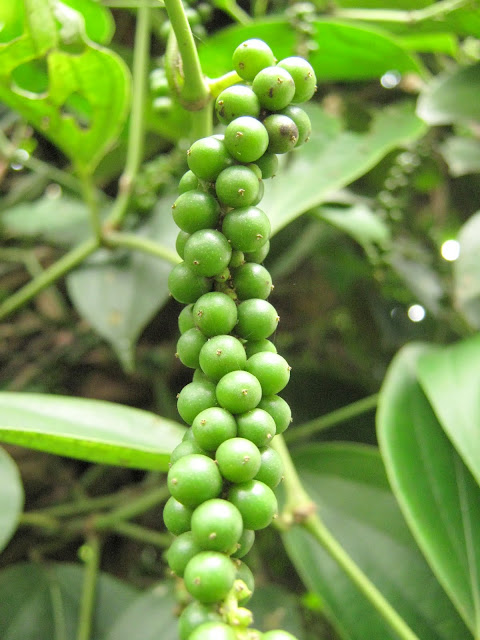 This is the fresh green pepper on the pepper vine. It is converted to black pepper by cooking in hot water and further drying in the sun for several days. Black Pepper is one of the most widely used spice.

If you are in the mood for a dish which lavishes in peppery flavour and aroma, check out my Pepper Roasted  Chicken :)
Labels: India Photography Experiments Spice